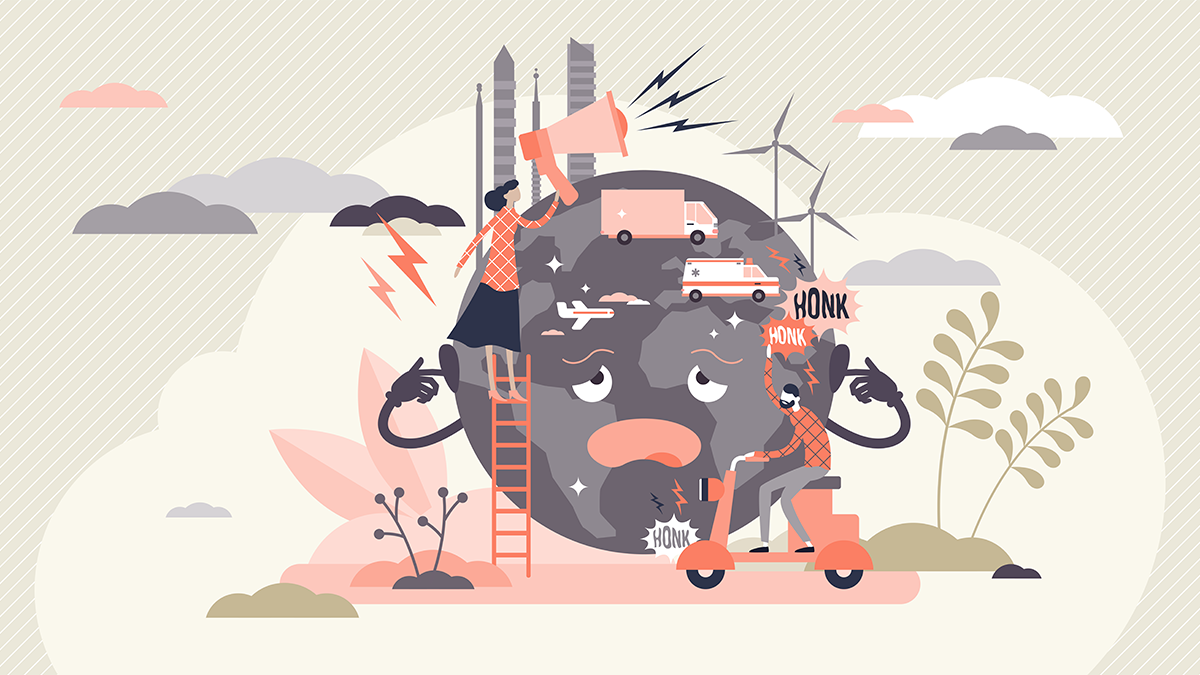 What’s the frequency, Kenneth? The wrong one, it seems.

The world is on fire, and we can’t pretend it isn’t any more. There’s no need for too much of the ‘Doomwatch,’ but for three days in August, 7 billion tonnes of rain fell on the peak of Greenland—not just the largest amount since records began, but the first time we know of that rain, not snow, fell on the country’s highest peak. Recent Siberian wildfires notched up a record for annual fire-related emissions of carbon dioxide, while devouring 500,000 square kilometres of vegetation, too. And also last month, the latest (sixth) scientific report from the Intergovernmental Panel on Climate Change sounded the need yet again for “strong and sustained reductions in emissions of carbon dioxide and other greenhouse gases” to try and save a common future for us all: and last but not least, Capgemini research shows the world’s suffered at least $3 trillion in global economic losses from climate change in the last 20 years alone.

Our industry is already aware of these disastrous trends, both as citizens and participants in the global economy. Most serious telco people have an intuition that our sector is having at least a neutral, if not mildly positive, impact on all this, and will also be aware that while datacentres and other power costs for sure means we have a case to answer here, they also know we need phones and mobiles for all sorts of things when it comes to battling this problem, from helping firefighters track conflagration to sharing accurate weather models, and so on.

At the macro level, the sector is trying to do its bit. Equipment makers are taking steps, like Nokia’s recent announcement of deliberate curbs on power consumption of its AirScale 5G mMIMO Base Station will achieve an average power consumption reduction of 50 percent by 2023. The cellular industry was also, in 2016, the world’s first major industry to commit to achieving the UN goal of net-zero emissions by 2050. The ITU’s Connect 2030 agenda specifically calls out a common goals of an interconnected world, where telecommunications/ICTs enable and accelerate social, economic and environmentally sustainable growth and development for everyone: we’re also pretty well focused on doing what we can around the carbon footprint of our physical networks, too (see here for a good overview of ongoing telco sector Green planning from Elisa Automate, which has been a pioneer in carbon reduction, particularly in the RAN).

But we have a new problem, and one being increasingly angrily flagged by US weather and Earth scientists, who say the work they’re doing to help predict changes in the climate is being swamped by “noise” from smartphones.

More specifically: noise they expect they’ll soon be getting off them from 5G.

In an August report on E&E News, a specialist power sector news and analysis site, an almighty row is brewing between US government organisations like NOAA (National Oceanic and Atmospheric Administration) and its sister group NASA (the National Aeronautics and Space Administration) and the Federal Communications Commission (FCC) and operators.

The problem hinges on the fact that the satellites the scientists use to capture and decode the faint energy signals given off by changes in water vapour, temperature, rain and wind that determine future weather patterns is in danger of being swamped by 5G, or as the report puts it, all the upcoming “electronic noise on radio spectrums [that might] reduce the forecasting skills and distort the computer models needed to predict the progress of climate change”.

The culprit here seems to be the FCC, which has been nudging more and more into the spectra Uncle Sam had previously reserved for such science work (remember “Spectrum Frontiers”?), and which (with the support of the Trump White House) brushed off NOAA/NASA warnings of a potential clash on these frequencies.

But the National Center for Atmospheric Research, another of the US science agencies involved in the dispute, has once again raised fears that 24 gigahertz, an important piece of band weather satellites have traditionally uses to monitor natural microwave signals produced by water vapour at various levels in the atmosphere, is in particular danger of being swamped and its data being degraded: “If you have a large network of cell phone towers transmitting many orders of magnitude more power near the ground, some of that reflects upward and parts of the atmosphere will become very noisy… This is not an issue of academics or researchers losing access to a data set, this is about not having the necessary information to protect life and property,” its head recently told members of the House Science Committee. Another spectrum, 16 megahertz, is also in potential danger: it connects satellites with signals from a variety of automated gauges the US government uses to measure water levels in streams and rivers and wind speeds.

It’s not clear what will happen next. Capitalism is a strong voice in this argument: the FCC’s made $2 billion from 29 winning bidders for space on 24 gigahertz band, and says it is committed to helping the US economy by promoting 5G take-up. But the House Science Committee thinks its existing process here is flawed, and improvements to the interagency process for spectrum auctions are needed.

What to do here? We all want 5G—and if we stand any chance of reversing climate change, perhaps in the form of ambitious geoengineering initiatives, accurate and very fine-grained IoT and other data could be a Godsend. But at the same time, if 5G means we would rob ourselves of access to the data we already rely on to accurately track climate change, then we’d have to backtrack (and consumers being told 5G was bad for the environment might enflame already dangerously irrational prejudices against it even more).

Let’s hope a smart compromise can be found. 5G data leakage can and should be curbed, and Scientific American has reported promising ideas like more detailed spectrum modelling, as well as work on antenna technology, dynamic reallocation of spectrum resources and improved weather forecasting algorithms that can take into account 5G leakage. Like the climate crisis itself, we’ll probably need multiple, interlocking, smart answers and clear thinking let’s hope the FCC agrees and that, yes, Kenneth, the frequency can and will be changed.