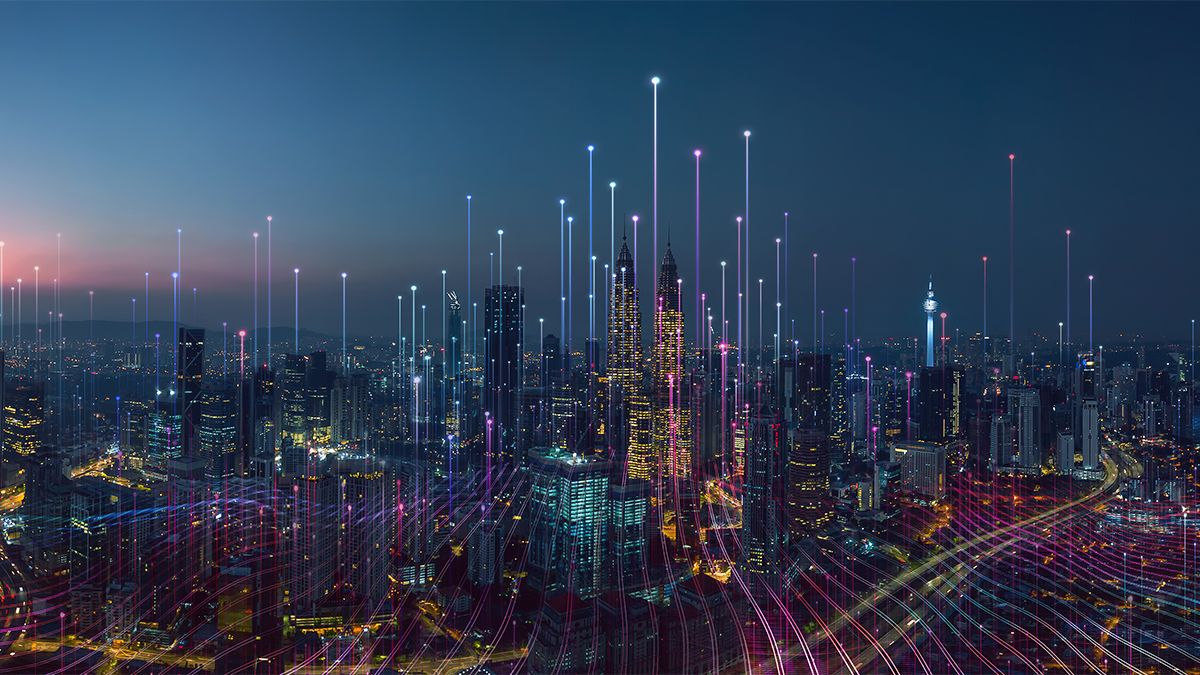 Once upon a time, a pretty sentimental movie called Field of Dreams gave the Millennial generation something of a catchphrase: “Build it, and he will come” (it gets mis-phrased now as “they will come”, as tends to happen to so many catchphrases).

What’s often forgotten is that the protagonist of the movie does just that—but that doing so wrecks all his chances of getting any income that year from his corn crop, which to say the least doesn’t impress his wife too much. Instead, the tech industry, the slogan’s biggest fan for a while, interpreted the image as to mean that if you have a great business and put the effort in to apply shovel to the ground and start a ball rolling, stuff will happen: your new web page or dot com will become a reality, and a new business will spring up.

Not much smart city stuff really happening. But does that actually matter?

We’ve also forgotten the phrase itself now. But the lesson is still being applied. There is absolutely massive ego on display in the recent space-faring high-jinks of Sir Richard Branson and Jeff Bezos, but their going into space wasn’t just a jaunt: Branson wants to build interest in a commercial tourist space excursion business, Bezos wants to build a new industry around reusable rocket components.

Coming down to Earth with something of a bang, UK local government doesn’t seem that prepared to build something hoping something (if not someone) will come, too. Recent GlobalData analysis suggest that for all the hype around smart cities the past decade, there’s really not that much going on in reality: in the six financial years 2015-16 to FY2020-21, a total of 363 smart cities information and communications technology (ICT)-related procurements were made by UK local authorities… but of these, less than half resulted in an actual contract being awarded, with less than a quarter of councils (94 out of 404) having made any smart cities ICT awards at all.

So far, so bad for smart cities? Perhaps. For sure, adoption of what the analyst firm calls “keystone smart cities technologies” such as environmental monitoring and waste management remains low, accounting for only eight awards, and adds up to a pretty paltry estimated total of a very modest £2m. It’s more than fair for GlobalData to be sceptical about the trend: in a sentence I think few of us can disagree with, Tony Cripps, the organisation’s Public Sector Principal Analyst, notes that, “The scepticism of UK local authorities towards smart cities ICT appears to be ongoing, despite the best efforts over the years of major technology vendors such as IBM, Huawei and Cisco and mounting best practice.”

Perhaps the real loser here, though, is public sector Internet of Things, of which smart city girdling is always hailed as the definitional use case. But what’s really the interesting part of GlobalData’s analysis for the fibre industry is that, quietly enough, there’s a lot going on with another foundational next-gen networking technology: gigabit broadband. When we look at that, the above findings don’t seem too much of a surprise.

Specifically, GlobalData’s look-see—which is based on data compiled from public sector procurements published by the UK Government’s Contracts Finder service, the Official Journal of the European Union (OJEU), and other publicly available sources—has identified that 82% of the £474m the of smart city awards in these six years relates to gigabit-speed broadband build, (that’s £389m). In addition, public Wi-Fi deployments accounted for the second largest chunk of smart cities ICT spending, totalling 24% of all awards made, with a total value of £57m.

That’s a significant investment. And it’s not even the total amount of what’s going in this direction: there’s a further £527m in currently-unawarded tenders and pre-tenders issued in the past two financial years.

Yes, other network investments currently remain rare, with six 4G/ 5G small cell awards totalling a modest £9m in value. But that gigabit ethernet outlay is a foundation stone for something great, for sure. It may not be smart cities; it may end up being the platform for something totally different – either way, smart city apps will depend on the existence of widespread, super-fast infrastructure.

If you don’t build the platform, you can’t do anything anyway. Building the advanced, open-ended infrastructure is a necessary first step: you won’t be able to deliver any sort of new services without it.

Pragmatism is the key here. An excellent technology foundation can serve as the launch pad, Branson and Bezos-style if you like, for many new things. What you really want is to try a few punts and build on them, provided that you can do so on a common connectivity infrastructure and can avoid the trap of building a range of vertical service silos without ensuring horizontal visibility and assurance across all new services you add (and keep risk to an acceptable low, as Britain’s Town Halls seem to be sensibly doing here).

In other words, it’s not really that surprising that investment in real smart city projects has been modest. For sure, there have been numerous trials, PoCs and the like – but these have often been highly targeted and localised. They haven’t spread across the full urban areas available, largely because the infrastructure to support them isn’t yet in place. So, while some might interpret this as simply the reality behind the hype, another view is that it’s exactly what one might expect. Once the pervasive high-speed connectivity is in place, then we should start to see services actually coming on stream.

The film doesn’t tell us what happened to the new baseball field the main character so bravely built, only that a great game starts on it. But once it was built and he’d proven “they” came to watch…wasn’t the risk worth taking?